A high-ranking featherweight clash is being finalized for a June UFC Fight Night event.

As first reported by ESPN’s Brett Okamoto, the current #9 and #13 ranked Dan Ige and Movsar Evloev, respectively, are slated to meet on June 4th. It is currently undecided whether the 145 lbs bout will act as the main event.

Interesting featherweight fight is being finalized for June 4, per sources. Dan Ige (@Dynamitedan808) vs. Movsar Evloev (@MovsarUFC). Nos. 9 and 13 in the division, currently. Biggest test for Evloev so far. 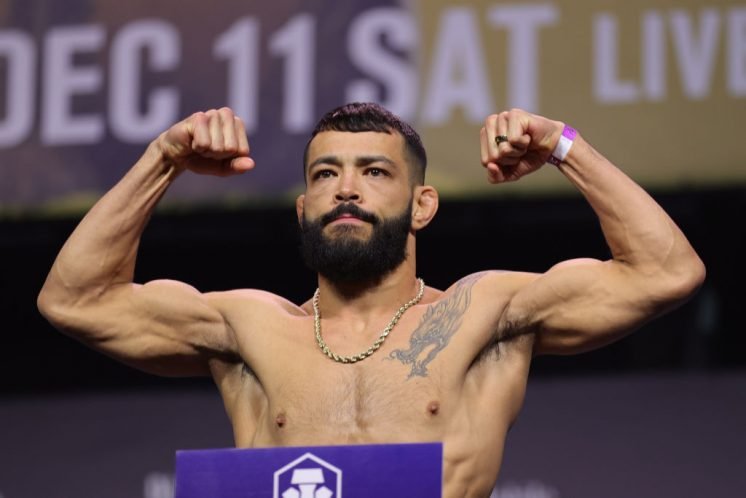 Ige (15-5) will enter the contest coming off of a decision loss to Josh Emmett at UFC 269 in December 2021. ’50K’ is currently on a two-fight losing streak having also suffered defeat at the hands of Chan Sung Jung via unanimous decision last year however Ige’s last octagon victory would come in swift fashion as the 30-year old Hawaiian took just 22 seconds to score a first-round KO over Gavin Tucker in March 2021.

Evloev (15-0) meanwhile has remained unbeaten throughout his MMA career including a 5-0 UFC record. The 27-year old Russian has won all of his promotional bouts through the judges’ scorecards and most recently defeated Hakeem Dawodu at UFC 263 via unanimous decision.