Chidi Njokuani (20-7) follows brother Anthony’s footsteps into his octagon debut at UFC Vegas 47. The 33-year-old is seven years younger than his brother who in 2011 became the promotion’s first Nigerian fighter ever. The shoes Chidi plans to fill are NBA-sized but he’s more than ready to start his UFC journey at Saturday’s Fight Night: Strickland vs. Hermansson.

Njokuani was born in Dallas, Texas in 1988. The pro MMA debut came all the way back in 2007, after finding a passion for Muay Thai with Saekson Janjira Gym in nearby Plano, TX. Brother Anthony found his path to the UFC quicker than Chidi with him only having seven years of experience. The younger Njokuani forged his skills in the regional fire including a lengthy Bellator stint for 14 years. Along the way, he’s bested many UFC caliber opponents including Max Griffin, Alan Jouban, and Andre Fialho.

The UFC brass surprisingly still needed more convincing, and a Dana White’s Contender Series shot came for Chidi in September 2021. “Chidi Bang Bang” did more than enough with a third-round ground and pound TKO after showing off impressive striking skills not usually seen at the Contender Series level.

Now his real octagon debut comes with palpable anticipation as Njokuani takes on Marc-Andre “Powerbar” Barriault (13-4) who always brings everything he has to the table. This matchup can please an MMA casual or hardcore at the highest level and it goes down at UFC Vegas 47 starting at 4 PM ET. 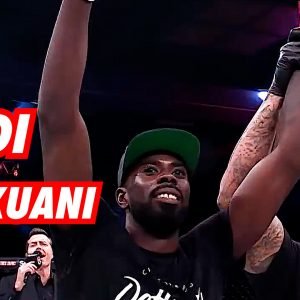 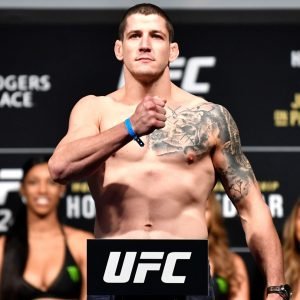