Mansour Barnaoui (19-4) is simply one of the best fighters outside the UFC. The 29-year-old lightweight is the current ROAD FC champion and the former M-1 Global and BAMMA titleholder. “Afro Samurai” works through his competition quickly, evidenced by 18 finishes, and his only losses are to quality opposition. There’s no doubt he’s octagon caliber so let’s see what makes him great.

Mansour Barnaoui was born in 1992 in Tunisia, Tunis to be exact. While there is little knowledge on his upbringing, Barnaoui would relocate to France to start his pro MMA career. With no amateur bouts to speak of, Mansour was clearly ready for the big time as evidenced by a seven-fight win streak to start his career. His four losses have come in bunches, but he has stuck with the same camp Team Magnum in Southern Paris for his entire career. All four of his defeats are to UFC caliber opponents: Mateusz Gamrot, Islam Makhachev, Kevin Lee, and former Cage Warriors champ Ivan Buchinger.

Presently, Mansour rides a seven-fight win streak dating from 2016 to 2019. Barnaoui owns three belts and he currently is the ROAD FC champion, South Korea’s biggest promotion. All seven of his current winning streak have come by finish, five of which in round one. With no fight scheduled at the moment, Barnaoui’s record is more than enough evidence that he’s deserving of a UFC roster spot.

Will Mansour Barnaoui make his UFC debut in 2022? 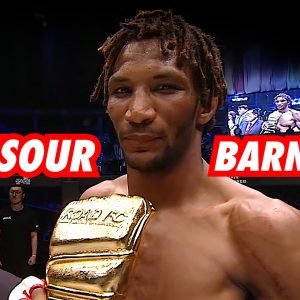 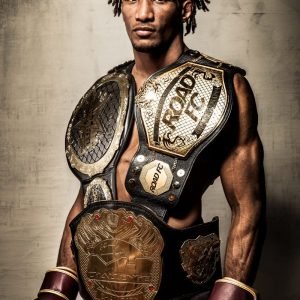