Andre Fialho (14-3) is a knockout artist with 10 of his 14 wins being stopped in round one. The 27-year-old has only lost to present of past UFC fighters, but currently rides a four-fight finish streak coming into his octagon debut. The recent run impressed Dana White enough to give him a short notice shot on the main card at UFC 270.

Andre Fialho was born in Cascais, Portugal in 1994, but now calls the MMA hotbed of Deerfield Beach, Florida home –  quite the culture shock shifting from the quiet coast of Portugal all the way to the crazed cities encapsulating Miami-Dade County. With wins in his first six fights in the regional promotions of Portugal, Fialho moved to Florida to train with the top coaches and fighters at Sanford MMA led by famed kickboxing legend Henri Hooft.

Fialho would fight across big promotions Bellator, PFL, and LFA and although he took three L’s in that time from 2016 to 2020, all of which came against tough competition. Presently he looks to have learned the valuable lessons from defeat and has not been tested at all in his last four fights, including a big KO win over former UFC ranked lightweight James Vick.

Now Andre Fialho finds himself on the final fight before the champions throw down at UFC 270. A few weeks ago, fan-favorite for his exciting acrobatics Michel Pereira (26-11) needed a new opponent after a positive COVID test from Muslim Salikhov. Fialho’s reputation precedes him and it puts him on the main card for one of the year’s biggest cards. It’s a certified barnburner and you can watch it all on Saturday, 1/22, at 10 PM ET. 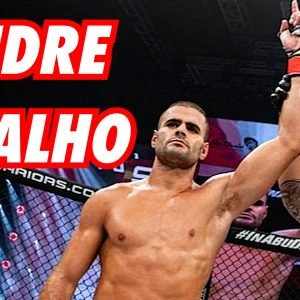 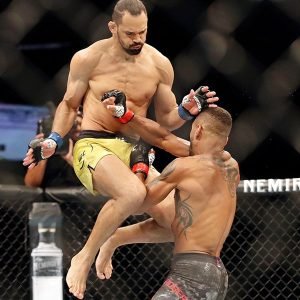