One day after confirmation that the UFC was returning to the U.K, UFC: London is set for a heavyweight headline act.

Aspinall (11-2) has rapidly ascended the UFC’s heavyweight division since making his octagon debut in 2020. With four promotional fights under his belt, the Atherton-born prospect has finished all four of his opponents to continue his 100% finishing rate across his career. The 28-year old is currently ranked #10 in the UFC’s heavyweight rankings and last competed in September 2021 where he recorded a first-round TKO over Sergey Spivak. 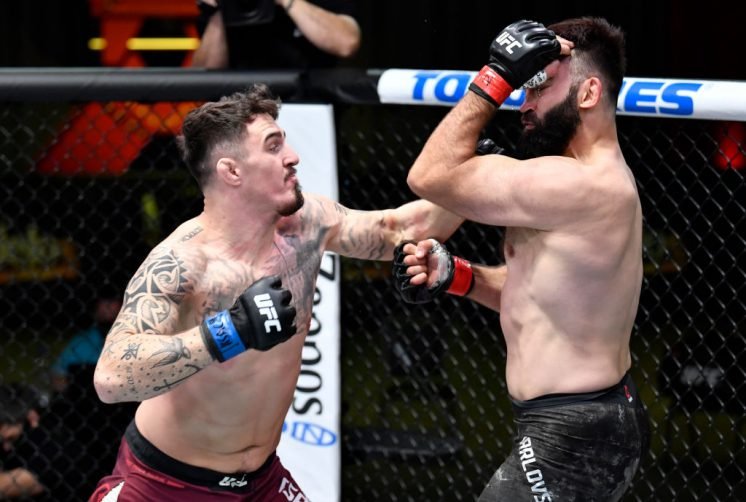 Volkov (34-9) meanwhile, is an 11-fight UFC veteran and a former M-1 and Bellator heavyweight champion. With stoppage wins of his own against the likes of Fabricio Werdum and Alistair Overeem, Volkov is currently positioned as the #5 ranked heavyweight contender and last time out earned a unanimous decision victory over Marcin Tybura at UFC 267 in October 2021.