Rising lightweight star Rafel Fizeiv is set for his toughest test to date as he prepares for his first UFC main event.

As reported by ESPN, Fiziev is slated to take on former 155 lbs champion Rafael dos Anjos on February 19th in a headline bout taking place in Las Vegas, Nevada. 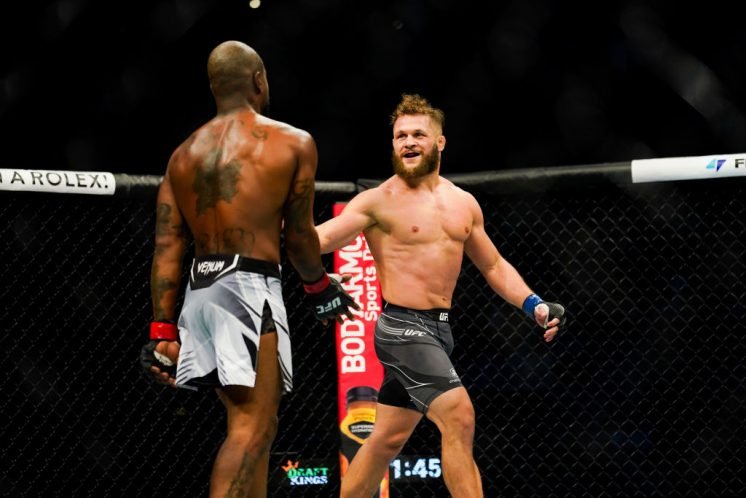 Fiziev (11-1) is currently on a five-fight winning streak inside of the octagon and will enter next month’s bout coming off of a third-round spinning wheel kick KO of Brad Riddell. The #11 ranked lightweight contender would lose in his promotional debut in 2019 but has since defeated the likes of Marc Diakiese, Renato Moicano and Bobby Green.

Dos Anjos (30-13) meanwhile will look to continue his successful return to the lightweight division after a three-year stint at the welterweight limit. Following back-to-back losses at 170 lbs, Dos Anjos would return to the weight class where he won UFC gold in 2020 with a split decision victory over Paul Felder. Currently ranked #6 in the UFC’s rankings, the Brazilian’s 14-years with the promotion has seen the 37-year old defeat Donald Cerrone (x2), Nate Diaz, Anthony Pettis and Robbie Lawler.