Asu Almabaev (14-2) is the type of exciting fighter the UFC should add to their ever-improving flyweight division. The black belt in Brazilian JiuJitsu combines fantastic grappling with some exciting striking, evidenced by ten finishes, four of which coming in the first round. No fight is currently scheduled for the 27-year-old but he currently holds two belts across multiple promotions and is an intriguing fighter to watch going forward.

Almabaev was born in Almaty, Kazakhstan’s largest city located on the southern border with Kyrgyzstan and to this day still calls it home. Fighting out of Dar Team, Kazakhstan’s largest ensemble of MMA fighters who also have UFC welterweight Shavkat Rakhmonov under their watch. Asu comes from a freestyle wrestling background but made a name for his young self in BJJ. He became a national champ in the sport before going on to win BJJ’s World Cup with his countrymates.

Now with the black belt wrapped around his waist, Almabaev boasts a 14-2 record as well as reigning as a two-belt champion with titles in Russia’s M-1 Global and Kazakhstan’s Naiza FC. Asu is uniquely nicknamed “Zulfikar” representing the sword given by The Prophet Muhammad to Ali Ibn Abi Talib. Almabaev rides a 10-fight win streak heading into 2022, one which should be a momentous year for him and the UFC matchmakers if they are watching.

Will Asu Almabaev make his UFC debut in 2021? 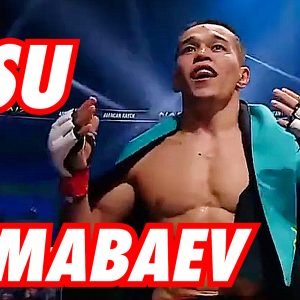 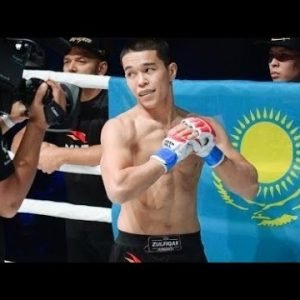