Jesse Urholin (8-0) is a former decorated BJJ artist who transitioned to MMA and is dominating every opponent he faces. The 32-year-old competed in ADCC and IBJJF, the most prominent jiu-jitsu tournaments around. After collecting a bag of grappling medals around the world, Urholin now fights in Cage Warriors, England’s top MMA promotion, and looks to be on the verge of a title shot.

Jesse was born in 1989 in Pori, Finland, a city of about 83k located on the west coast of Finland about a three-hour drive from the capital Helsinki. Growing up, Urholin played soccer competitively but after watching tons of action movies as a teen, he knew his passions lied in combat. Jesse and brother Riku joined the local Tae Kwon Do gym and practiced one year before finding jiu-jitsu.

After completing Finland’s compulsory military service, Jesse dove into BJJ headfirst with Team East Front in Pori and coaches Markku Juntunen and Seppo Vihela. In 2012, Urholin became IBJJF’s European Champ and World Runner Up in his division. He repeated the same feat at World’s in ’14 and ’16 while taking home the ADCC Euro Trials Gold in ’14 and ’16. Grappling golds sadly don’t really rake in the big bucks, however, as Jesse worked full-time in IT during this run.

When he transitioned to MMA he was able to phase out the IT work and it paid off in the form of eight victories since 2018. When he’s not fighting he’s right outside the cage coaching his girlfriend, professional bantamweight Suvi Salmimies (12-5-1). After two demolition wins against gritty veterans who could not test Urholin’s striking, Jesse is eyeing a title shot at 170 lbs in Cage Warriors. If he can keep it up, a UFC octagon is definitely in his future.

Will Jesse Urholin make his UFC debut in 2022? 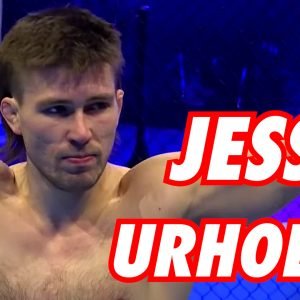 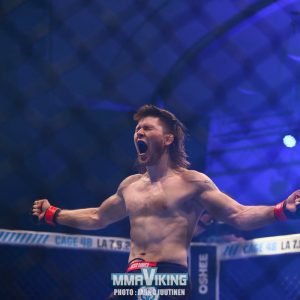