Azamat Murzakhanov (10-0) has some must-see striking, a talent that has brought about eight stoppages inside one round and seven by KO. The 35-year-old earned a Contender Series contract, usually reserved for young prospects, courtesy of a ruthless knockout with his signature left overhand punch. Originally set for a debut at his natural weight class of light heavyweight before an opponent pulled out due to injury, Murzakhanov will now compete at UFC Vegas 44 as a 5’10″ heavyweight.

“The Professional” was born in 1986 in Nalchik, the capital of Russia’s Kabardino-Balkarian Republic. The Northern Caucasus area isn’t known as much as Chechnya and Dagestan for their fighting acumen but Azamat’s skills found their way to the top. He began martial arts at age 18 and received his Master of Sport in Hand-to-Hand Combat.

Along his path to the UFC Octagon, Murzakhanov relocated his wife and two kids to Fairfield, New Jersey where he began training out of K Dojo Warrior Tribe and still calls it home to this day. The small but mighty camp doesn’t come into the spotlight often but is home to many fierce Russians who have relocated stateside. Murzakhanov’s first MMA fight came in 2010 but took a break from the sport in 2013 becoming the International Champion in hand-to-hand combat defeating UFC caliber opponents like Ion Cutelaba in the process.

Dana White’s Contender Series brought Azamat’s US MMA debut to a big audience and he doubled down with a brutal KO in round one, his seventh to date. Without hesitation of a change in contest, “The Professional” steps right up to 265 lbs where he meets Jared “The Mountain” Vanderaa (12-6) and it goes down on the prelims of UFC Vegas 44 this Saturday, 12/4, at 7 PM ET. 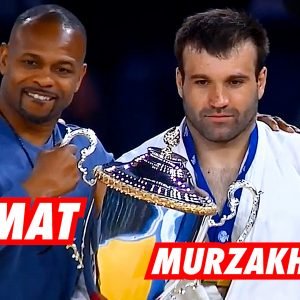 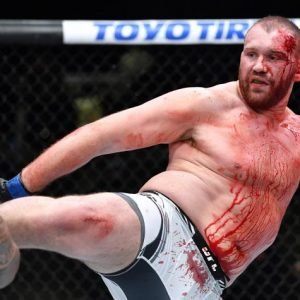