Two of the brightest prospects in the UFC’s lightweight division are being lined up to square off against one another come February.

With TASS the first to report on the targeted bout before further confirmation from MMAFighting, Arman Tsarukyan is expected to take on Joel Alvarez on February 26th in the new year.

Tsarukyan (17-2) will enter the bout on a four-fight winning streak after having dropped his promotional debut to Islam Makhachev in 2019. After losing via unanimous decision in a fast-paced grappling-heavy contest, Tsarukyan has earned unanimous decision wins over Olivier Aubin-Mercier, Davi Ramos, and Matt Frevola before most recently scoring a first-round TKO win Christos Giagos in September. The 25-year old Armenian-Russian is currently ranked as the #13 contender in the UFC’s 155 lbs division. 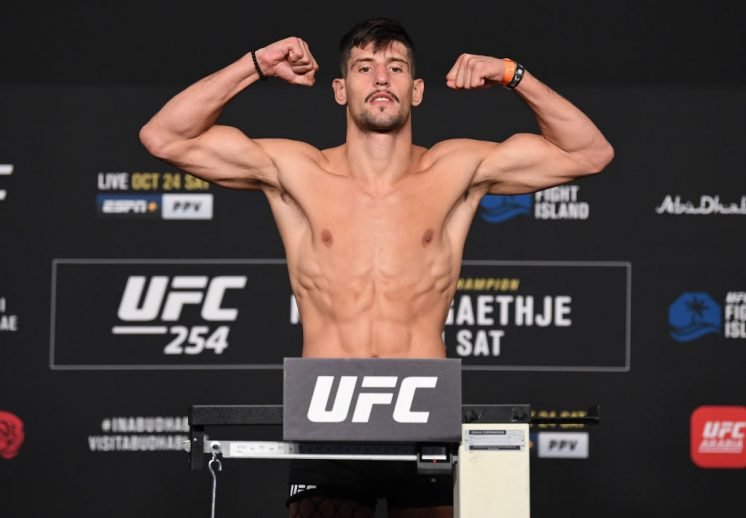 Alvarez (19-2) meanwhile has seen his UFC career parallel that of Tsarukyan as the Spaniard is also riding a four-fight undefeated streak after a decision loss in his first Octagon foray. Bouncing back from a defeat at the hands of Damir Ismagulov, Alvarez has scored stoppage victories against the quartet of Danilo Belluardo, Joseph Duffy, Alexander Yakovlev and Thiago Moises. Despite missing weight in his last three bouts however, the 28-year old is currently placed #15 in the promotion’s lightweight rankings.