A clash of styles in the UFC’s featherweight division is reportedly slated for a March 5th ‘Fight Night’ event.

As first reported by MMAJunkie, striking supremo Edson Barboza is set to take on submission specialist Bryce Mitchell after both parties have verbally agreed to the bout.

Barboza (22-10) will enter the contest coming off of a TKO loss to Giga Chikadze in August, his first stoppage defeat since dropping down to the 145 lbs mark. Barboza would make his featherweight debut last year and has since gone 2-2 to earn a #10 ranking in the promotion’s 145 lbs division. The 35-year old is a 26-fight veteran under the UFC banner and is tied with Nate Diaz and Frankie Edgar for the most ‘Fight of the Night’ bonuses. 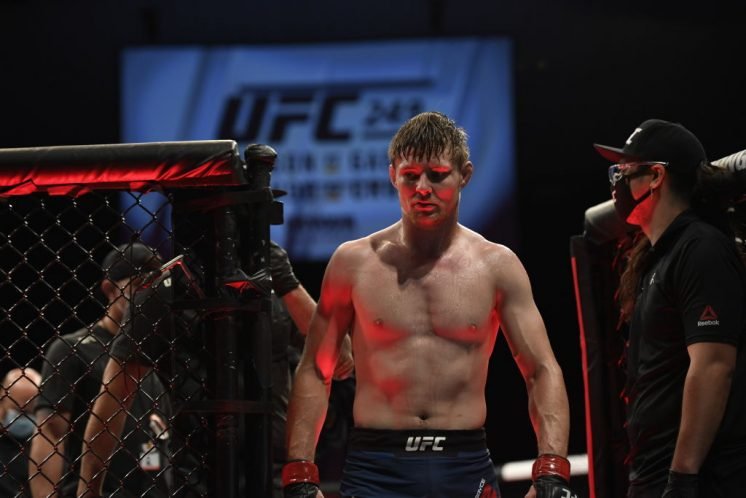 Mitchell (14-0) meanwhile is unbeaten in his professional MMA career and has put together a 5-0 promotional record. ‘Thug Nasty’ would join the UFC in 2018 and has defeated the likes of Charles Rosa and most recently Andre Fili. Currently ranked as the #11 contender in the featherweight division, the 27-year old has won nine of his 14 career wins via submission including a twister over Matt Sayles, only the second time the submission has been recorded in the UFC.