Da Un “Sseda” Jung (14-2-1) is 3-0-1 inside of the octagon and looks better with each bout. Riding a 14-fight unbeaten streak, including a surprising draw to UFC veteran Sam Alvey in which many thought he won, Saturday will grant Jung a chance to make it 15 without defeat.

Jung was born in Asan-si, South Korea in 1993. The city of around 300,000 people is nicknamed the “City of Spas” and is about an hour’s train ride south of capital city Seoul. Seeking better training partners, he relocated to Daegu then Seoul to eventually find Korean Top Team where he trains with fellow UFC fighter Jung Yong Park, among other top Korean fighters.

After losing two contests up at heavyweight early in his career, Da embarked on his 14-fight unbeaten streak. Although he kept bouncing around the two weight classes, Jung settled on 205 lbs for his UFC career and the 6’4″ behemoth is running through the ranks. The former HEAT champion now has two finishes to go with the draw and decision win he holds in the octagon.

Also making a name for himself in the light heavyweight division is Kennedy Nzechukwu (9-1, 3-1 in UFC) and he stands opposite Jung Saturday at the Apex Center. This contest could offer a glimpse at some future LHW contenders at it all goes down on the UFC Vegas 42 card at 5 PM ET. 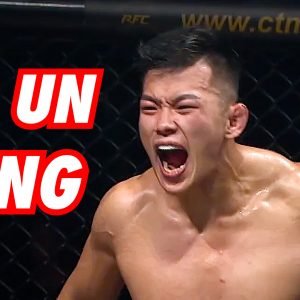 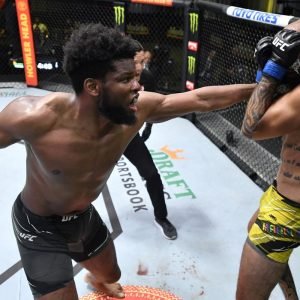