Alex Pereira (3-1) is a two-weight Glory kickboxing champion and has beaten UFC Middleweight champ Israel Adesanya twice. Not a single person in MMA or the UFC’s 185 lbs division has the same credentials against the belt holder as “Poatan”. On Saturday, 10/24 at Madison Square Garden, Pereira will begin his quest to best Adesanya a third time.

34-year-old Alex was born in Sao Bernardo do Campo in 1987, a municipality in the city-state of Sao Paulo located on the east coast of the country. He grew up mired in the tough favela life and at age 12, school seemed like an afterthought to him. Pereira found a steady job working at a tire shop; however, the life of a mechanic developed a bad habit quickly. During the grueling hours, his co-workers liked to unwind with a little alcohol… or a lot. Before he knew it, he was a full-on addict in his adolescent years.

Searching for a new habit to break his old one, he found a local kickboxing gym. The gym was owned by Native Brazilians and Pereira himself a member of the indigenous Tupi people, a strong connection culminated quickly. There he found way more than just martial arts, he learned much more about his roots and grew a passion for his native people. After a few fights, he gained a reputation for knocking opponents out. His coaches began calling him “Poatan”, Tupi for “Stonehands”

After 8 years, numerous belts, and 21 KO’s in kickboxing, Alex is now transitioning full-time to MMA. With an Octagon debut for Alex set on for the huge stage of “MSG” at UFC 268, Pereira battles Andreas “The Spartan” Michailidis (13-4, 1-1 in UFC) who will look to test “Poatan’s” ground game. Can Alex Pereira earn his 4th straight KO in MMA? Find out at UFC 268 going down at 6 pm ET. 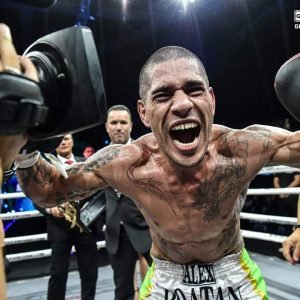 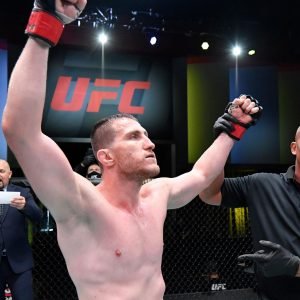