Benoit Saint-Denis (8-0) must think fighting in a cage is easy money compared to his last job as a soldier for the French SAS. “God of War” earned his nickname once his peers learned he fought for France overseas multiple times and after five years in the force, the 25-year-old now lines up a debut in the octagon on Fight Island at UFC 267.

Benoit was born in Paris, France in 1995. He grew up playing soccer but his first taste of martial arts came in the form of judo. Following a competitive judo career as a kid, he followed a childhood dream and joined the French Special Forces right after finishing high school. He spent five years operating in the Special Air Service and knew his next challenge would be MMA.

Saint-Denis started kickboxing and BJJ in 2017 and two years later he made his pro debut. With absolutely no amateur experience and not much skin in the game, you’d think Benoit would be blindsided by the level of talent at the top. The exact opposite came true though. “God of War” ran through every opponent in front of him, finishing every foe inside the distance.

Now he calls upon famed Muay Thai trainer Daniel Woirin as his head coach and is still fighting out of Paris. Woirin has tremendous experience in the game being Team Blackhouse’s former Muay Thai coach. Saint-Denis has smart heads behind him and he now brings his undefeated record to the octagon. On Saturday, 10/30, Benoit will take aim at tough veteran Elizeu “Capoeira” Zaleski (22-7) going down early on the prelims of UFC 267 at 10:30 AM ET. 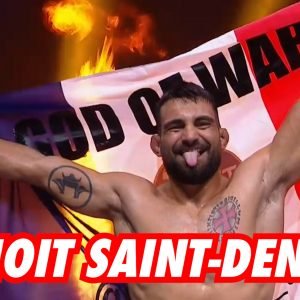 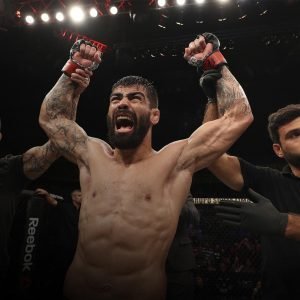