Manon Fiorot (7-1) would lose her first pro fight by split decision at a catchweight of 138 lbs. Back at her natural weight class at 125 lbs, Fiorot has never looked in the rearview and remains unbeaten at the flyweight limit. “The Beast” was set for an intriguing showcase at UFC 266 but has now been delayed one month due to COVID complications.

Manon was born in Nice, France in 1990 and grew up training Karate and Muay Thai becoming a multiple national champion in her home country. After competing in local Muay Thai matches, Manon emerged 12 and 0 and would decide to try her strikes in MMA.

Competing in the 2016 and 2017 IMMAF World Championships, amateur MMA’s biggest prize, “The Beast” gained invaluable experience setting her up for a successful career. In 2018 she made the jump to the professional ranks but lost a decision to a tough test in Leah McCourt (currently ranked #5 in Bellator’s 145 lbs division).

Following her intial set back, Fiorot has yet to taste defeat again and I’d argue she hasn’t lost a single round since. Manon has won her next seven, including a five-fight finish streak that she still rides. She had sights set on a third UFC stoppage at UFC 266 but a positive COVID test got in the way. Now rescheduled for 10/16, the striker has a grappler on her hands in the form of Mayra “Sheetara” Bueno Silva (7-1-1) in what should determine the next big prospect to watch at flyweight.

WHO YOU GOT (in the future)? 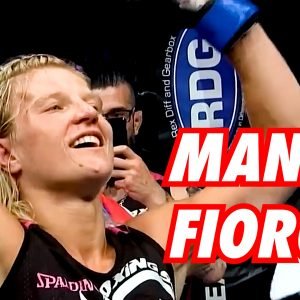 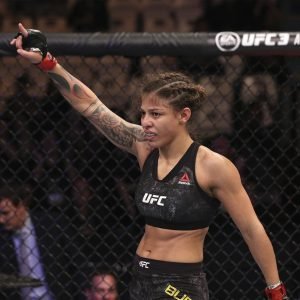