With his longtime manager Malki Kawa from First Round Management confirming the news to MMA Fighting, Condit will hang up the gloves with a 32-14 record, 28 of those victories coming by way of knockout or submission.

Nicknamed ‘The Natural Born Killer’, Condit has been one of the most adored fighters by fans since his time in the WEC where he became their welterweight champion in 2007. Condit would successfully defend his title three times under the WEC banner and would hold onto the title until the UFC absorbed the promotion in 2009.

Upon joining the UFC and a debated split decision loss to Martin Kampmann in his debut, Condit would then win his next five fights including memorable knockouts over Dan Hardy and Dong Hyun Kim as well as claiming the interim welterweight title with a unanimous decision victory against Nick Diaz. 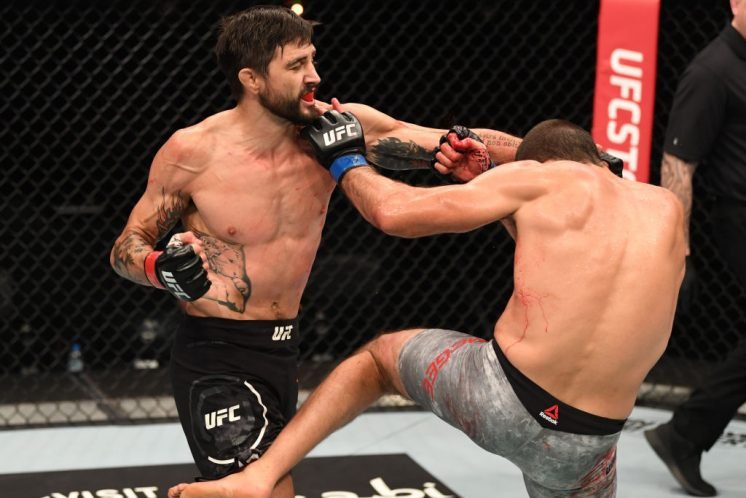 Condit would fail in his attempt to unify the 170 lbs championship against Georges St-Pierre and would once again challenge for the UFC title four years later against Robbie Lawler in 2016.

‘NBK’ would again fall foul of a widely debated split decision loss in one of the greatest UFC title fights in history at UFC 195.

From there, Condit would struggle with consistency inside of the octagon as he went on a five-fight losing streak but bounced back with two wins over Court McGee and Matt Brown after a two-year hiatus.