Melsik Baghdasaryan (5-1) has knocked out four of his opponents in an amazing ONE MINUTE TOTAL. Obviously, regional fighters don’t come close to UFC caliber opponents, but come Saturday, “The Gun” has his sights set on a UFC debut win and another quick fire KO at UFC Vegas 33.

Melsik Baghdasaryan was born in 1992 in Yerevan, Armenia. He grew up in Armenia but in 2013 he and his family relocated to Glendale, California, a suburb east of Los Angeles. Young Melsik first found kickboxing and Muay Thai at nearby Muay Thai America Gym and Glendale Fight Club and never looked back.

Before the UFC, Baghdasaryan racked up over 100 professional and amateur fights across all martial arts. He competed at the highest level of Kickboxing with K-1 and finished runner up in the 2017 welterweight (148.8 lbs) Grand Prix to legend Yuta Kubo. He conquered China’s biggest competition Wu Lin Feng, a televised week-by-week tournament like The Ultimate Fighter, as well.

The 29-year-old trained by Edmond Tarverdyan now has a UFC contract in hand after demolishing his Contender Series counterpart in late 2020. Competing at featherweight (145 lbs) in MMA, Melsik has some of the biggest power punches and kicks I’ve ever seen. His left hand and left kick are lethal out of the southpaw stance and it will be very intriguing to see how Collin Anglin (8-1), a fellow Contender product, fares against “The Gun”. This fight is on the prelims at UFC Vegas 33 and it all goes down July 31 at 4 PM ET. 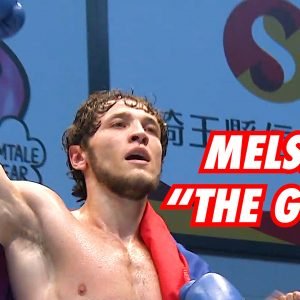 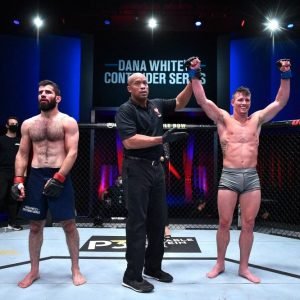