Elise Reed (4-0) started her MMA career at atomweight (105 lbs) but now finds herself debuting in the UFC at the flyweight limit (125 lbs) for a short notice battle against ranked competition. In just four fights she captured a belt at strawweight (115 lbs.) with East Coast Promotion CFFC. The octagon has come calling for her fifth career fight though and she has the #13 ranked Sijara “Sarj” Eubanks (6-6) in her sights at UFC Vegas 32.

Elise Reed was born in Sacramento, California in 1992. Since age 6, Tae Kwon Do formed her athletic foundation. Now a third-degree black belt, Elise took the military route after high school. She competed in swimming and water polo while attending Virginia Military Institute. However, those combat classes rekindled her martial arts passion and began looking for fights after her nine-month deployment.

Reed still operates in the Army Reserve but now is a full-time fighter and owns two schools in New Jersey named Kickside Martial Arts. Now fighting out of Princeton, NJ, the 28-year-old has compiled an 11-1 record across professional and amateur fights. She’s a counter striking fighter, content on picking off opponents with creative kicks and punches while they charge forward.

Running through the regional scene, she had some trouble with grappling and submission attempts but never succumbed. She’ll face her stiffest test on the mat in the form of Eubanks this Saturday. It should make for an intriguing clash of styles and it all goes down starting early on the prelims at 4 PM ET. 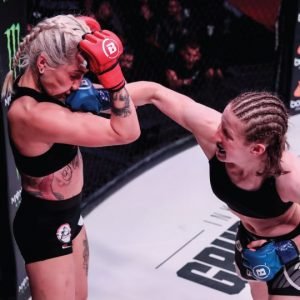 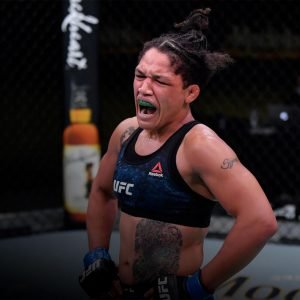