Preston Parsons (9-2) has submitted every fighter he’s beat, nine tap-outs in nine with eight coming in the first frame. Surprisingly, Parsons had no true grappling experience prior to diving into MMA. He didn’t wrestle in high school or college, no Gracie brother taught him the secrets of BJJ, just a lot of hard work that made him into a true threat at the highest level.

The 25-year-old was born in Jacksonville Beach, Florida in 1995. His father owned a popular restaurant in the city called Parson’s Seafood. The family ran the restaurant for many years, later moving locations to nearby Neptune Beach, but a ‘Yelp’ search found the institution, unfortunately, closed recently. With a stomach full of tasty Parson’s seafood, Preston began amateur MMA in 2013 and the decision paid dividends early.

Preston lept out to a 5 and 0 record, running through the amateur ranks until making the jump to pro in 2014. Though he first tasted defeat in 2015 to now UFC cult hero “Platinum” Mike Perry, Parsons finished everyone he faced until then by round one submission. In 2021, Preston is now 9 and 2 with 8 first-round taps. The other lone win, his most recent from June 2021, was of course a submission but took two rounds to tap out his opponent. Parsons will make a quick return to fighting as he replaces Abubakar Nurmagomedov on just a week’s notice at UFC Vegas 31. He faces up-and-coming prospect Daniel “D-Rod” Rodriguez (14-2) on the prelims and it all goes down at 7 PM ET. 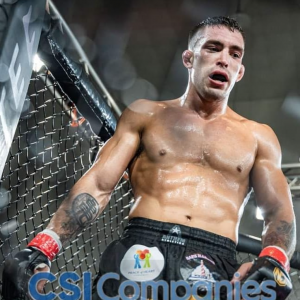 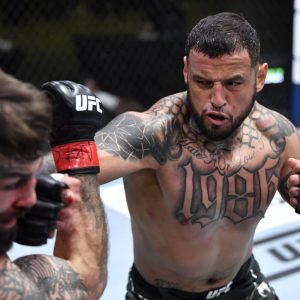