Nick Diaz’s return to the octagon has been pencilled into the UFC calendar and will come against a familiar face.

As first reported by TSN’s Aaron Bronsteter after a conversation with promotional president Dana White, Diaz is currently in talks over a UFC 266 co-main event bout with Robbie Lawler in September.

Diaz and Lawler first met in 2004 at UFC 47 with Diaz emerging victorious via second-round KO in a classic match-up.

Diaz (26-9, 2 NC) has not fought since 2015 where he squared off against Anderson Silva in the main event of UFC 183. The bout would be ruled a no-contest after both fighters would fail a drug test post-fight – Silva for drostanolone and androsterone; Diaz testing positive for marijuana. Diaz’s last victory would come in 2011 after a unanimous decision win over BJ Penn. 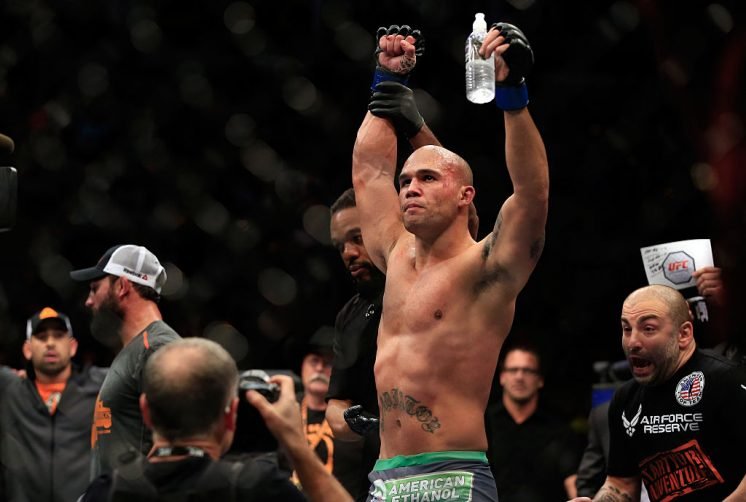