Luana Pinheiro (8-1) rides the wave of six straight first-round stoppages into her octagon debut at UFC Vegas 25. Alongside boyfriend and cornerman the #14 ranked flyweight Matheus Nicolau (16-2-1), they make up yet another power couple in the UFC. Nicolau won’t be competing at The Apex Center on Saturday, though Pinheiro will take on UFC vet Randa “Quiet Storm” Markos (10-10-1) headlining the prelims which start at 7 PM ET.

27-year-old Pinheiro was born in 1993 in the Brazilian State of Paraíba. Growing up in the coastal city João Pessoa surrounding the Paraíba River, Pinheiro first found her martial arts passion in the form of Judo. She now has a black belt in the discipline and can be seen implementing her devastating hip tosses and throws in every fight.

Along her journey, she relocated south to Belo Horizonte in the state of Minas Gerais where she found her new MMA homes at the famed Nova Uniao, and lesser-known BH Rhinos. She continued developing her skills earning a brown belt in BJJ while finding success on the Brazilian regional MMA scene. Her only loss came from a split decision but she has taken the adversity on the chin and come back better than ever.

Luana rolls into Sin City full of confidence after knocking out her last two opponents, one in front of Dana White on his Contender Series. The ground specialist also has five submissions on her record and only one of her wins have been by decision. Pinheiro hopes to make a name for herself in the women’s strawweight ranks with a seventh straight win at UFC Vegas 25. 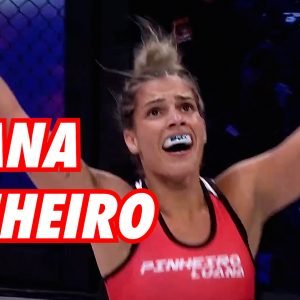 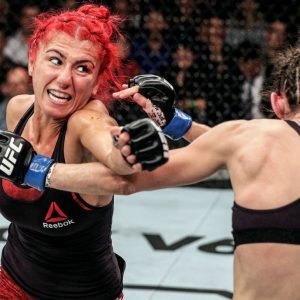