Patrick Sabatini (13-3) faced an arduous path along the regional MMA route but finally finds his long-awaited octagon debut at UFC 261. The 30-year-old was originally set for his first UFC fight in February, however the bout was scrapped entirely after his opponent missed weight by a record 11.5 lbs. One more fork in the road would never deter Sabatini who is now debuting two months later on the first card in front of fans at full capacity at UFC 261.

Patrick Sabatini was born in Bristol, PA back in 1990. He started training in martial arts at a very young age after a school bully stuck Pat’s head in a urinal. Pat fought back in a different form, dedicating his time to MMA and eventually moving from the suburbs of Bristol to “The City of Brotherly Love”. He cultivated his BJJ game at Renzo Gracie Philly and his striking at MPR Endurance MMA. Following a 5-0 amateur career, Sabatini debuted as a professional in 2014 with the same promotion he would earn his UFC contract: Cage Fury Fighting Championship.

Since winning the CFFC featherweight belt in 2017, nothing has deterred aside from a tough split decision loss and a grisly dislocated elbow. After coming back from all that and more, he recaptured his belt in 2020. His highly anticipated debut comes Saturday, 4/24, against Tristan “Boondock” Connelly (14-6). They fight on the prelims of UFC 261 and it all goes down starting at 6 PM ET. 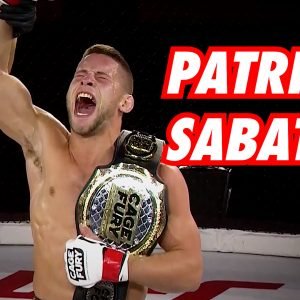 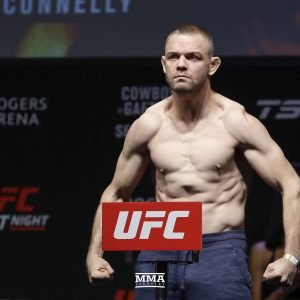