Julianna Pena’s calls for a bantamweight title fight have been heard by the UFC.

Nunes (21-4) is widely considered the greatest female mixed martial artist of all-time and currently holds the UFC bantam and featherweight championships. Becoming a dual champion with a first-round KO over Cris ‘Cyborg’ Justino in 2018, Nunes has remained undefeated since 2015 and defeated the likes of Ronda Rousey, Miesha Tate, Valentina Shevchenko (x2) and Holly Holm. Nunes last competed at UFC 259 in March where she defeated Megan Anderson with a first-round triangle armbar to defend her 135 lbs title. 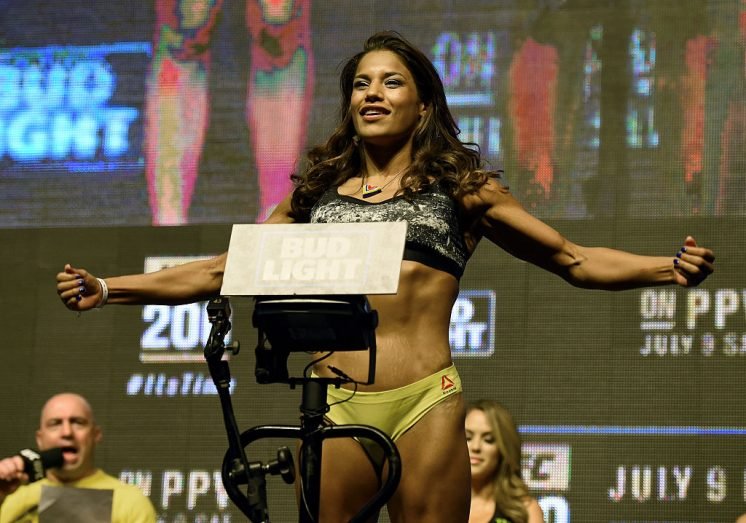 Pena (10-4) has campaigned for a title shot against Nunes since recording her last victory in January after a third round submission win over Sara McMann. Pena has assembled a 6-2 record under the UFC banner and holds wins over Jessica Eye, Cat Zingano and Nicco Montano.