Kevin “Crash” Croom (21-12) had the year of his life in 2020. 13 years of fighting culminated into a UFC debut on just one day’s notice, leaving the octagon the next night with a 31-second submission and a $50k bonus. The 33-year-old started last year with just $15 in his bank account and is now flying into 2021 with financial freedom and his dream job.

Kevin Croom was born in 1987 in Columbia, Missouri, about two hours east of Kansas City. The fighter formerly known as “The Hard Hitting Hillbilly” began his pro career back in 2009, following an 8-1 amateur career dating back to 2007. He still trains close to home to this day, alongside UFC welterweight/coach James Krause at Glory MMA in Lee’s Summit, MO.

The Brazilian Jiu-Jitsu brown belt traveled a long, windy road to arrive in the UFC in 2020. Croom has fought in Kazakhstan, Japan, Russia, Canada, Mexico, and his home country to put his name on the global stage. Kevin even had to work construction jobs in the small spare time he had to make ends meet.

The career turnaround couldn’t have happened at a better time for an MMA warrior who truly deserved it. He’s charismatic inside the cage and out, always smiling while wielding a pair of nunchuks just in case he needs to channel his inner Nick Diaz. Kevin Croom returns to the octagon at the Apex center five months later, looking for another “Performance of the Night” bonus. He faces MMA fan favourite “Bruce Leeroy” Alex Caceres (17-12) at UFC Vegas 20, going down Saturday, 2/27, fights start at 5 PM ET. 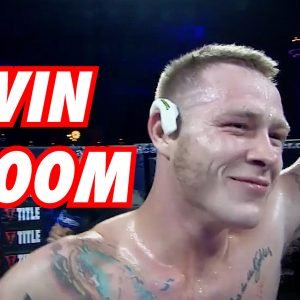 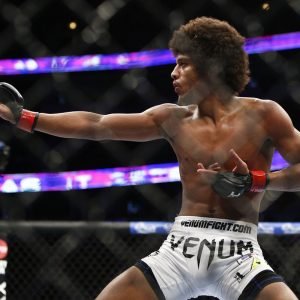