UFC flyweight champion Valentina Shevchenko has her next title defense lined up.

As first reported by ESPN’s Brett Okamoto after confirmation by UFC president Dana White, Shevchenko will look to make the fifth successful defense of her 125 lbs championship on April 24th as the Kyrgyzstani-Peruvian will take on former strawweight champion Jessica Andrade at UFC 261.

Shevchenko (20-3) is currently on a six-fight winning streak coinciding with a move down in weight class. After losing a split decision to Amanda Nunes for the UFC bantamweight title in 2017, ‘Bullet’ would win her first flyweight bout before claiming the vacant 125 lbs championship with a unanimous decision victory over Joanna Jedrzrejczyk. Shevchenko has since defeated Jessica Eye, Liz Carmouche, Katlyn Chookagian, and Jennifer Maia as champion and is currently ranked as the #2 female pound-for-pound fighter by the UFC. 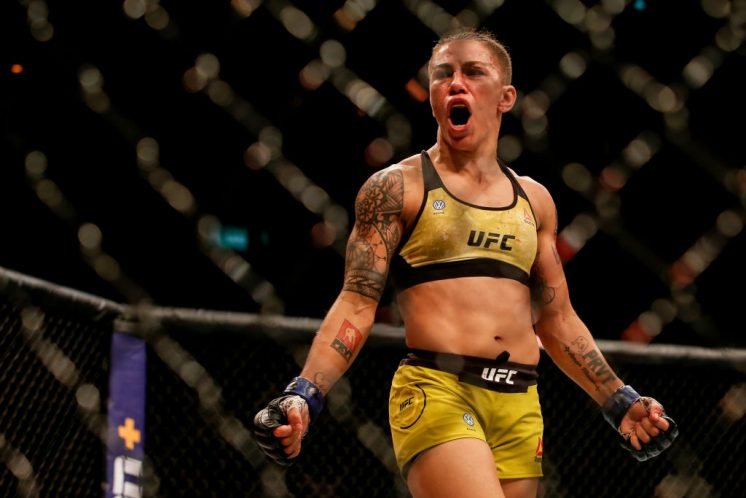 Andrade (21-8) meanwhile ended a two-fight losing streak in her last outing with a successful debut at the flyweight limit. After losing her 115 lbs title to Zhang Weili before a split decision loss to Rose Namajunas, Andrade would move up in weight class in October 2020 and recorded a first-round TKO win over Chookagian. The Brazilian is currently the #1 contender in the promotion’s flyweight rankings in addition to a #5 spot on the pound-for-pound list.