An exciting lightweight contest has been added to the UFC’s March 20th event.

As first reported by The New Zealand Herald, the current #15 ranked Gregor Gillespie will take on Kiwi Brad Riddell.

Gillespie (13-1) has not been seen in the octagon for over a year having suffered the first loss of his professional career in his last outing. Being on the receiving end of a first-round KO by Kevin Lee in November 2019, ‘The Gift’ saw his perfect 6-0 promotional record come to an end. Of his 13 victories, 11 have come inside the scheduled distance. 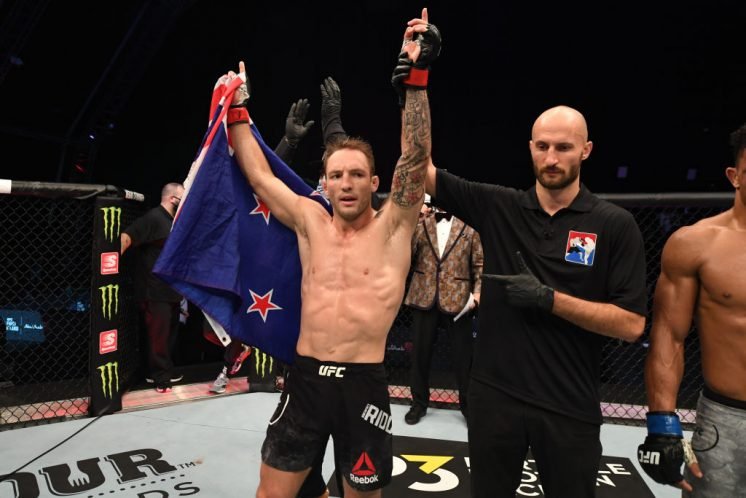 The UFC’s March 20th event is set to be headlined by a middleweight clash between Derek Brunson and Kevin Holland.