Jake “White Kong” Hadley (7-0) is the undefeated Cage Warriors flyweight champ born and still fighting out of Birmingham, England. With no fight date set right now, he could and deserves to be on the UFC matchmaker’s radar entering 2021.

The 24-year-old had great success across the amateur class in England, capturing six stoppages and seven wins in three years from age 18. A true all-around skillset shines for Hadley but standing out on his early record are two rare gogoplata submissions of the mounted and regular variety.

“White Kong” was given his nickname by his coaches at Team Renegade BJJ and Fearless MMA. Once you see him in his element you know why, aggressive for the finish with big power out of the southpaw stance. Once fulfilled with his own success in the amateur circuit, he turned his attention to the pro ranks in 2018. Ever since he’s only added to his growing legend with three submissions and two KO’s from brutal body shots.

Jake Hadley tries to bully opponents in the cage. He combines fantastic takedowns with cardio for all five rounds and looks like a wet blanket once he gets you to the ground. If any adversity comes calling, he’s confident in his chin never minding a war of strikes. After snatching up the Cage Warriors flyweight title in 2020, Hadley looks primed for an octagon debut in 2021.

Will Jake Hadley make his UFC debut in 2021? 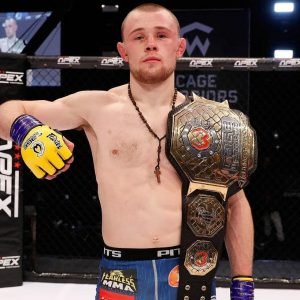 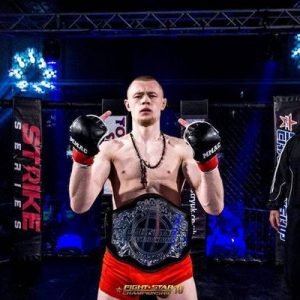