Kevin Holland will look to continue his rapid ascendency through the middleweight division in the new year as ‘The Trailblazer’ is now slated for his first UFC main event.

As reported by ESPN’s Brett Okamoto, both Holland and Derek Brunson have agreed to a five-round clash on March 20th although contracts or a venue have yet to be signed off on.

Holland (21-5) has emerged as one of the fighters of the year in 2020 after becoming just the third man to win five UFC bouts in a calendar year. With four of his five wins coming via KO / TKO, the now #10 ranked middleweight contender capped off his sensational 2020 with a first-round knockout of Ronaldo ‘Jacare’ Souza at UFC 256. 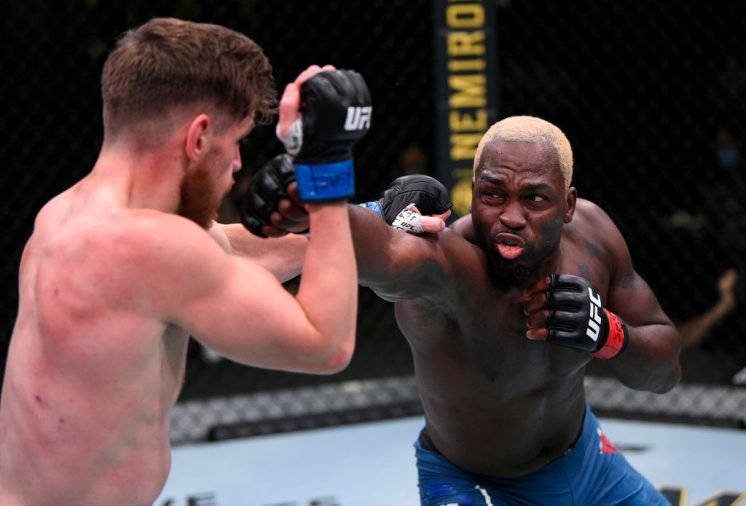 Brunson (21-7) meanwhile will enter the 2021 event coming off of a three winning streak. Since losing back-to-back fights in 2018, Brunson has defeated Elias Theodorou, Ian Heinisch and Edmen Shahbazyan inside of the octagon to lay claim to a #7 ranking in the UFC’s 185 lbs division.