Roberto “Robocop” Soldić (18-3) shares some striking similarities with Croatian countryman and MMA legend Mirko Cro Cop. Both southpaws, they attack with that signature left roundhouse kick and not many foes have stood tall to more than one big kick from “Robocop”. Soldic possesses true knockout power from both limbs on the left side, sealing 15 of 18 wins by stoppage.

Roberto Soldić was born and raised in Vitez, located in central Bosnia and Herzegovina an hour northwest of the capital Sarajevo. As a young lad, Roberto grew up playing the world’s sport, soccer. However, as he grew older, soccer fell out of form and after finding a judo class in his neighborhood martial arts starting seeping in.

Soldić soon yearned to learn kickboxing and more martial arts, but the offerings around Vitez didn’t suffice. During his teenage years, his family traveled around Bosnia and Herzegovina and north into Croatia to find better opportunities. With no amateur experience to speak of, “Robocop” started his pro career at age 19 and immediately found his groove to the tune of two stoppage wins inside round one. After finding friend and coach Ivan Dijakovic, owner of UFD Gym in Düsseldorf, Germany, he moved to train full-time with his mentor and the career truly took off.

Roberto went on to win five MMA belts throughout Europe, even capturing arguably Europe’s toughest title on ten-days’ notice with KSW. Soldić is currently their welterweight champ and continues to challenge himself against bigger opponents at middleweight, knocking out a former KSW 185 lbs champ in his last bout in the first frame. With no fight scheduled at the moment, it is hopefully a sign that the Croatian is in negotiations to come UFC side. Wherever his next fight occurs, Roberto Soldić will be a future contender at the highest level.

Will Roberto Soldic make his UFC debut in 2021? 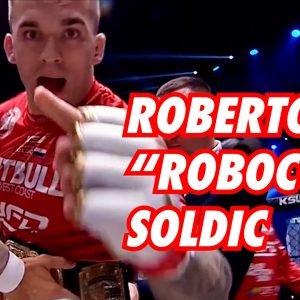 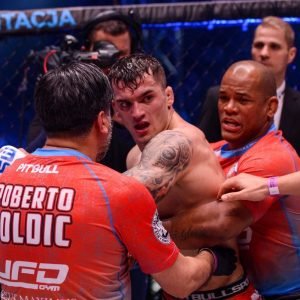