Rafael “Ataman” Fiziev (8-1) unlocked his inner ‘Neo’ at UFC Fight Island 3 as matrix-style striking and dodging earned him a unanimous decision win over Marc Diakiese (14-4). Now at 2-1 in the UFC, the 27-year-old from Kyrgyzstan is back stateside on UFC 256’s pay per view with a momentous matchup on his hands.

Rafael Fiziev was born in 1993, two years after the small central Asian country of Kyrgyzstan gained its sovereignty from Russia after the breakup of the Soviet Union. Rafael hails from the Cossack people, who claim the region around Southern Russia and Ukraine as their original home. “Ataman”, Rafael’s nickname, signifies the leader of a Cossack army. Cossacks are famously known for their horsemanship and military skill – and they might have to add MMA to that list soon.

Fiziev embarked on his MMA journey at age 10 with Muay Thai. He fell in love with the sport and fought hundreds of amateur fights leading to a professional Muay Thai career. Rafael would also fall in love with the lifestyle, moving from his home of Kyrgyzstan to the Thai Boxing capital of the world, Phuket, to train at Tiger Muay Thai.

“Ataman” found a second home in Phuket at Tiger, and after dozens of professional fights he became a certified coach at the academy. Training and coaching alongside the best Thai boxers and MMA fighters at Tiger made Fiziev yearn for a new challenge in the form of MMA. He took his first pro fight in 2015 and proceeded to reel off six straight wins to start his career.

Over eight total victories, he has collected six finishes with all of which coming by way of KO/TKO. Rafael entered the UFC ranks in 2019 courtesy of his six-fight unbeaten streak. However, in his inaugural octagon action he was stymied for the first time in his career by a spectacular spinning kick from Magomed Mustafaev (then 13-3). Fiziev’s first taste of defeat is his last, however, bouncing back with two impressive UFC wins over top competition.

He’s already captured a win on Fight Island in 2020 with a sensational performance, dodging strikes like Neo from ‘The Matrix and punishing his opponent with kicks. Rafael Fiziev can exponentially add to his momentum with a win on the main card at UFC 256 facing Renato Moicano (14-3-1). It all goes down Saturday, 12/12, prelims start at 6:15 PM ET, and the main card at 10 PM ET. 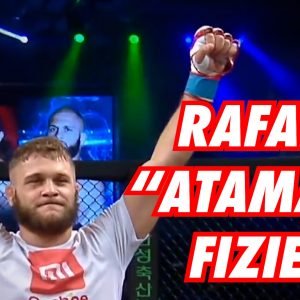 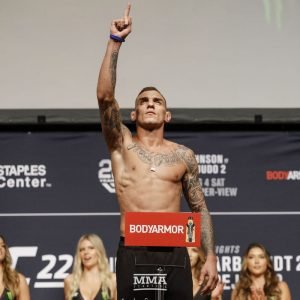