Takashi “Ten” Sato (16-3) already has two fantastic UFC finishes under his belt, however in the talent-rich welterweight division, his skills haven’t got the shine they deserve just yet…

Saturday, 11/28, at UFC Vegas 15, Sato can steal some thunder from his undefeated counterpart Miguel Baeza (9-0).

Takashi Sato was born and still calls Tokyo, Japan his home. Although he’s recently ventured to Sanford MMA in Fort Lauderdale, Florida to train with the UFC’s best, he stays true to his roots and still fights out of the gym that took him in as a young gun.

Tribe Tokyo MMA is where Sato started his MMA dream. MMA legend Ryo “Piranha” Chonan has been his head coach and mentor from the jump. Chonan is most famous for submitting Anderson Silva in PRIDE back in 2004 with a flying scissor heel hook, one of the greatest submissions of all time. He has also fought in the UFC and Dream, matching up against all the top names from the early days of MMA. Coach Chonan paved the path for young Japanese fighters like Sato, now they’re forming a new wave of competitors fully focused on UFC gold.

Sato emerged from the highest level of Japanese MMA with a record of 14-2. For his work, “Ten” earned the call from the UFC in 2019 and captured his first knockout with the company over gritty veteran Ben Saunders (then 22-11). After a submission loss to the current #13 ranked Belal Muhammad, Sato bounced back in 2020 with a highlight reel KO inside one minute.

Five months later, Takashi is back in the octagon, turning his attention to Contender Series winner Miguel “Caramel Thunder” Baeza. The Miami, FL product has two UFC wins but Sato plans on stopping the streak. It all goes down at 7 PM ET on Saturday, 11/28 at UFC Vegas 15. 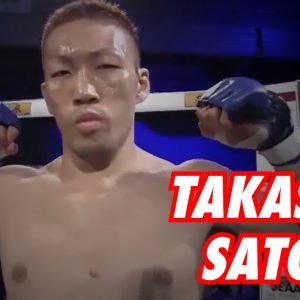 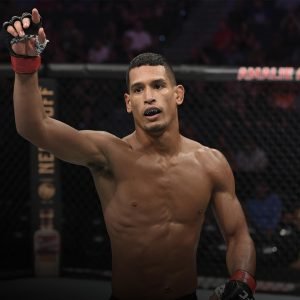