The UFC has added yet another high-ranking bout to their final event of 2020.

Per BJPenn.com, bantamweight contenders Jose Aldo and Marlon ‘Chito’ Vera will meet at UFC Fight Night 185 on December 19th. Aldo and Vera had been expected to compete at UFC 255 this weekend but the proposed bout failed to be finalized in time

Aldo (28-7) will enter the PPV event on the back of three consecutive losses, the longest losing streak of the Brazilian’s illustrious career. Aldo has lost both of his contests at the bantamweight limit having suffered defeat to Petr Yan and Marlon Moraes while a unanimous decision loss to current featherweight champion Alexander Volkanovski started his current slump in form. The 34-year old is widely considered one of the greatest in the history of MMA having dominated the featherweight division for six years against a whose who of great fighters. 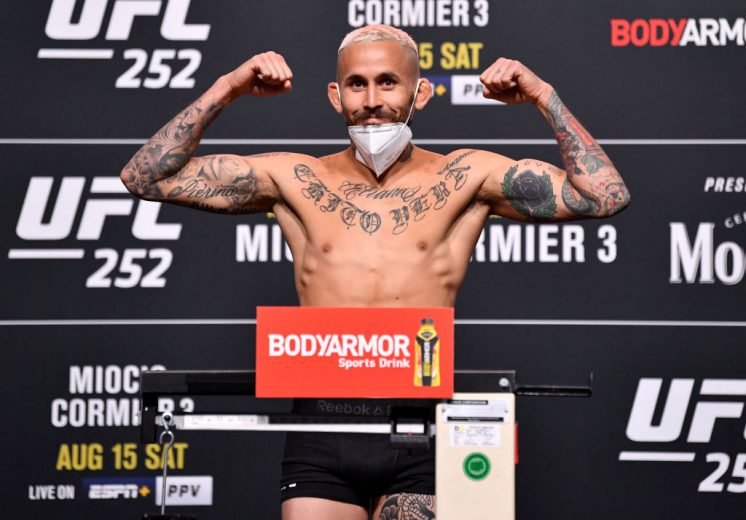 Vera (16-6-1) meanwhile is currently on a six-fight winning streak at the bantamweight limit, although his overall run is broken up by a split decision loss to Song Yadong at 145 lbs. Vera last competed at UFC 252 in August where he handed Sean O’Malley his first professional loss via first-round TKO.