Over 10 years since their first meeting in Ring of Combat, Uriah Hall and Chris Weidman are set to square off in the cage once more.

As first reported by ESPN, both Hall and Weidman have verbally agreed to face one another at UFC 258 on February 21st, 2021.

The pairs first meeting came in 2010 early on in both of their respective careers. Competing for Ring of Combat’s middleweight title, Weidman would emerge victorious, taking the championship from Hall via first-round TKO.

Hall (16-9) will enter the new year bout coming off arguably the biggest win of his career after defeating all-time great Anderson Silva in his proposed retirement bout. Currently ranked #9 in the UFC’s 185 lbs rankings following his fourth-round TKO win, Hall is now riding a three-fight winning streak and has won four of his last five inside the octagon. 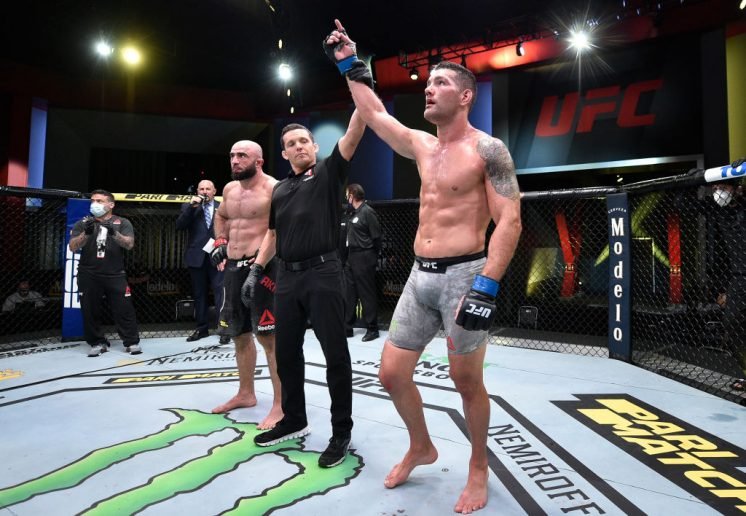 Weidman (15-5), a former UFC middleweight champion, snapped a two-fight losing streak in his last outing. Defeating Omari Akhmedov via unanimous decision in his return to 185 lbs, Weidman’s win in August of this year was just his second win in his last seven performances. ‘The All-American’ is currently ranked as the #10 UFC middleweight contender.