Thiago Santos looks set to try and quickly rebound into the win column following news that his next fight is close to being finalized.

As first reported by ESPN’s Brett Okamoto, Santos is slated to take on fellow light heavyweight contender Aleksandar Rakic on March 6th in a three-round fight.

Santos (21-8) is currently on a two-fight losing streak having suffered his second straight defeat in the main event of UFC Fight Night 182 on November 7th. Prior to ‘Marreta’s’ recent slump, Santos had been on a four-fight winning run and had won eight of his last nine. With such an impressive run, Santos challenged for the UFC’s light heavyweight championship but came unstuck via split decision against Jon Jones. The Brazilian is currently ranked #2 in the promotion’s 205 lbs rankings. 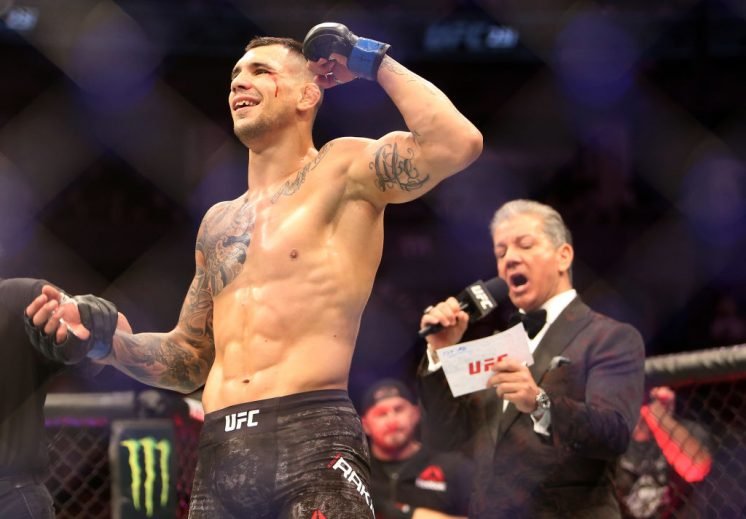 Rakic (13-2) meanwhile will look to make it back-to-back victories inside of the octagon after scoring a unanimous decision win over Anthony Smith in his last outing. The Austrian, currently ranked #4 at light heavyweight, started his UFC career with four consecutive wins but suffered his first promotional loss via split decision against Volkan Oezdemir in 2019.