After having his bout scrapped after a positive COVID-19 test earlier this month, Ian Heinisch has received a higher-ranked opponent for his next outing.

Per ESPN’s Brett Okamoto, the UFC is set to finalize a deal that will see Heinisch take on fellow middleweight contender Kelvin Gastelum on January 30th.

Heinisch was expected to take on rising prospect Brendan Allen last weekend but was found to have tested positive for COVID-19 the day before the bout.

Gastelum (15-6, 1 NC) despite riding a three-fight slump, is currently ranked #8 in the UFC’s 185 lbs division. The 29-year old’s downturn in form started with a failed bid for an interim title against Israel Adesanya at UFC 236 in what was ReadMMA’s fight of the year for 2019. Gastelum would then go on to lose to Darren Till via decision before most recently suffering a 78-second submission loss to Jack Hermansson in July of this year. 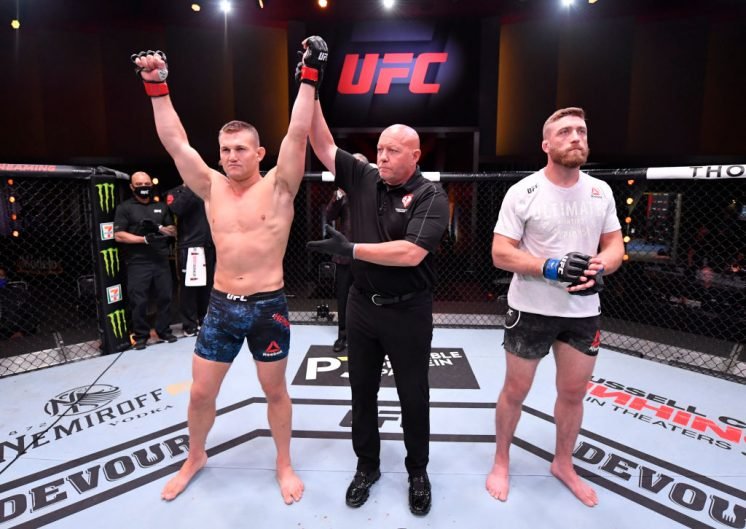 Heinisch (14-3) meanwhile snapped a two-fight losing streak in his latest outing after scoring a first-round TKO win over Gerald Meerschaert. Heinisch, currently ranked #15 in the UFC’s rankings, holds a 3-2 promotional record after earning a contract through Dana White’s Contender Series in 2018.