Adrian Yanez (11-3) is fighting for his father, a former Golden Gloves boxer, who always wanted to see his son in the UFC. Yanez’s boxing background still shines bright in his MMA game as superior calculated pressure and power have brought down five opponents in round one. He scored a breathtaking knockout in the first frame of his Contender Series chance. Now, he’s back at the Apex Center three months later for UFC Vegas 12.

Adrian began his professional MMA resume in 2014 at just 20 years old after reeling off six wins at the amateur level. He’s only ever lost by decision, and after his first defeat, Yanez went back to the lab to retool his game. Adrian got a BJJ brown belt through Metro Fight Club in Houston, TX, improving his ground game to keep pace with his boxing expertise.

Yanez’s boxing skills make him the intriguing prospect that he’s become. He combines slick footwork and head movement to keep opponents off balance and set up counter punches. His father taught a young Yanez extremely well – solid fundamental skills still pay his bills. His use of cutting angles while staying noticeably relaxed in tight situations show the levels he’s progressed through on the way to the top. Opponents have had trouble with Adrian’s boxing, evidenced by six being stopped via his heavy hands.

Adrian Yanez was set to face Aaron Phillips (12-4) until he pulled out on Oct. 20 due to injury. Now Alaska FC 135 lbs champ Victor Rodriguez (7-2), who has finished all opponents he’s faced, will be against Yanez at UFC Vegas 12 in Rodriguez’s first time facing competition outside Alaska. 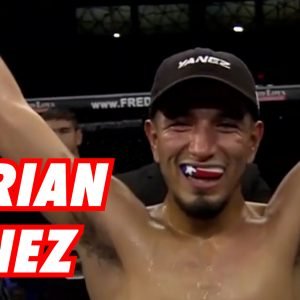 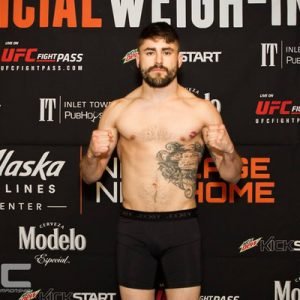