Following his second-round triangle choke submission win over Justin Gaethje, Khabib Nurmagomedov announced his retirement from MMA leaving the sport as the undisputed UFC lightweight champion and with an unheard-of perfect record.

Nurmagomedov extended his professional record to 29-0 in the main event of UFC 254 and upon his win in a unification bout with Gaethje, ‘The Eagle’ would leave his gloves in the middle of the octagon.

“Today I want to say it was my last fight. No way I’m gonna come here without my father,” Nurmagomedov said. “It was first time after what happened with my father. When UFC called me with Justin, I talked with my mother three days. She don’t (want me) to go fight without father, but I promised her it’s gonna be my last fight. And if I give my word, I have to follow this.”

Nurmagomedov, who lost his father Abdulnamap earlier this year through complications related to COVID-19, leaves the sport on top with 13 straight UFC wins and a record that has 11 submissions, eight knockouts and 10 decision victories.

The 32-year old would start his career in 2008 and built up a 16-0 record before joining the UFC in January 2012. Nurmagomedov would go on to establish a 9-0 promotional record before claiming UFC gold against Al Iaquinta at UFC 223 for the then-vacant 155 lbs title. The Dagestani would successfully defend his championship against Conor McGregor, Dustin Poirier and Justin Gaethje successfully finishing all three inside the schedule via submission. 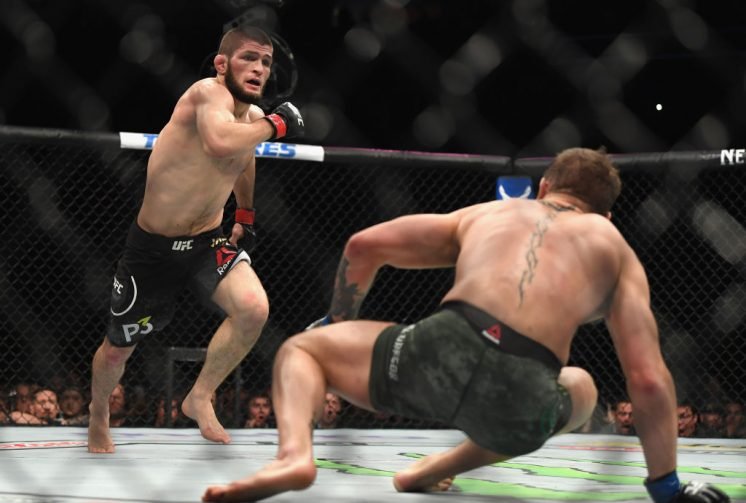 The former Sambo champion also boasts victories over the likes of Michael Johnson, Edson Barboza and former champion Rafael dos Anjos and has only seen two fighters officially win a round against ‘The Eagle’.