A second bout between lightweight contenders Conor McGregor and Dustin Poirier is in the works.

Confirmed by both parties through their social media accounts, McGregor and Poirier have been offered to fight by the UFC although negotiations are yet to conclude.

One sticking point for McGregor is the date of the bout with the Irishman keen for the contest to take place this year as opposed to the PPV event scheduled for Janaury 23rd – UFC 257.

Hello Dustin! I accepted the @ufc offer to fight you, but told them it must happen in 2020. I’m ready for Nov 21st, given that cards recent injury issues, as well as any of the December dates, the 12th and the 19th. I’ll also still donate the $500k to The Good Fight Foundation 🙏 https://t.co/23hN4AHtoI

I fight for a lot of things, but nothing more important to me than fighting for change and giving back @TheGoodFightFDN.  The Generosity of @TheNotoriousMMA will help countless in need.  I have accepted, Connor has accepted, and the fans demand it!  Let’s go @ufc @espnmma

Sources according to ESPN have said that McGregor’s team is now awaiting a reply from UFC on its counteroffer to headline either of the final PPV events of 2020.

McGregor (22-4) has yet to fight since his 40-second TKO win over Donald Cerrone in January, his first fight since losing to Khabib Nurmagomedov. ‘The Notorious One’ had publicly spoken of his desire to fight three times in 2020 although the COVID-19 pandemic and failed negotiaitions with UFC president Dana White have left the former two-weight champion on the sidelines. 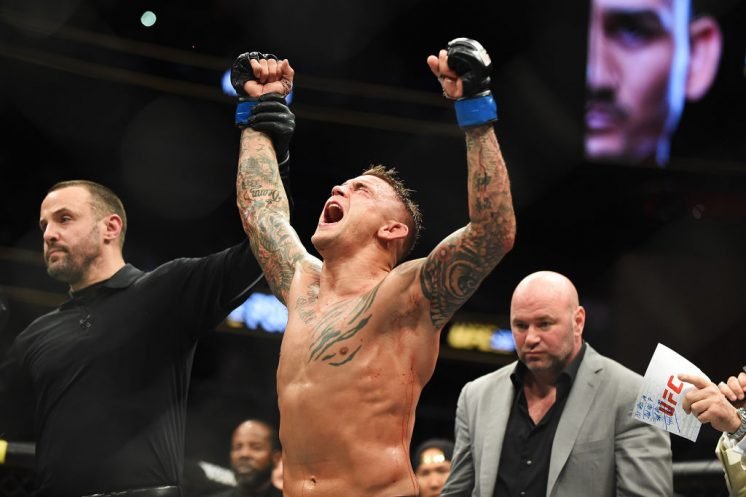 Poirier (26-6, 1 NC) similarly also bounced back into the win column earlier this year after a lightweight title fight loss to Nurmagomedov in 2019. ‘The Diamond’ returned to the octagon in June of this year where he defeated Dan Hooker via unanimous decision in one of the fights of the year. Since losing to McGregor in a featherweight clash in 2014, Poirier would promptly move up in weight class and has since gone 10-2 with one no contest defeating the likes of former UFC champions Anthony Pettis, Eddie Alvarez and Max Holloway in addititon to current interim champion Justin Gaethje.