TJ “The Truth” Laramie (12-3) vaults from Contender Series to UFC Vegas 11 in just 40 days, battling Darrick Minner (24-11) on Saturday, 9/19. On August 11th, TJ travelled to the UFC’s Apex centre to win a dream contract with MMA’s top promotion. The Canadian featherweight emerged victorious with a TKO by injury after round one. “The Truth” impressed enough to lock up an official bout one month later.

TJ Laramie was born in Canada and still fights out of Windsor, Ontario with Maximum Training Centre. Up north, he trains with his flyweight 21-year old brother TJ (5-2) and former UFC title challenger Mark Hominick (20-12) as coach.

In Canadian MMA, TJ has collected two gold belts to drape across the mantle and he’s only 22. He captured the TKO MMA title in 2017 over Charles Jourdain, presently 10-3 and rostered in the UFC while in 2019, Laramie battled back from a loss to go on a three-fight streak to earn the PFC belt.

Beating extremely tough competition across the Great White North, TJ got the Contender Series shot and made good on it with the first-round finish. Dana White wants him back in the octagon a month later to tango with Minner (0-1 in UFC) at UFC Vegas 11. 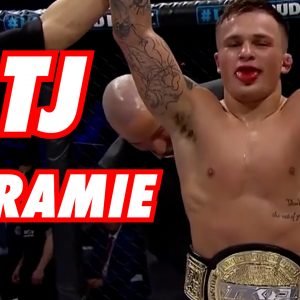 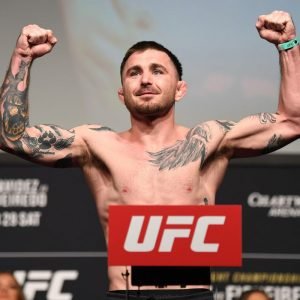