Khama “The Deathstar” Worthy (16-6) is taking the UFC lightweight (155 lbs) division by storm, upsetting two top prospects and finishing both as well. Saturday, September 12th, Worthy eyes his third octagon win versus an unbeaten Ottman Azaitar in the co-main event!

Khama ventured down a long, winding road to arrive in the octagon. Fighting out of Pittsburgh Academy in Pennsylvania since 2009, he compiled an 8-2 record in the amateur ranks before moving up with the big boys in 2012. Worthy faced tough competition on the regional scene, facing three now UFC fighters in his early career (including top 155er Paul Felder).

Although he took some bumps and bruises along the way, facing top fighters early on his in his career only helped him get to the next level. Worthy was forced to work full-time on top of fighting and wasn’t able to devote enough time to train. However, when the win streak total kept piling up, he was finally able to become a full-time fighter and find that next level he’s been searching for.

Currently, Khama rides a seven-fight win streak at lightweight, including two highlight-reel finishes inside the octagon. Worthy debuted for the UFC in August 2019 and scored the biggest upset of the year with a KO in round one over top prospect Devonte Smith (then 10-1). The quick and rangy striker aims to drop another foe from the ranks of the unbeaten on Saturday, 9/12. He faces Moroccan Ottman “Bulldozer” Azaitar (12-0) at UFC Vegas 10. 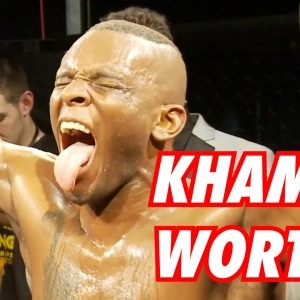 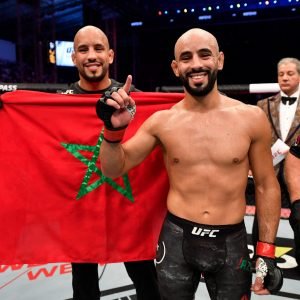