Kevin “Quicksand” Natividad (9-1) is betting with house money, debuting on short notice with the chance to take down a big name on the main card at UFC Vegas 9. Born in Ewa Beach, Hawaii, but now fighting out of Tempe with Arizona Combat Sports, the usual bantamweight is stepping up ten pounds for the first time in his career to take on the busy Brian Kelleher (21-11).

With factors favouring his opponent, Kevin Natividad will hardly be fazed as the 27-year-old has more experience than you would think. Racking up twelve wins in the amateur Hawaiian MMA scene, Natividad fought tough competition and only suffered a sole decision loss. Kevin would submit recent UFC debutant and fellow Hawaiian Kai Kamaka (8-2) on the amateur scene; a fighter who won a Fight of the Night bonus for a devastating decision win over Tony Kelley.

Natividad had more of the same success professionally after stepping up in 2016. Six of his nine wins have come via stoppage, five of which by KO/TKO. He is also the owner of a well-aged victory over Irwin “The Beast” Rivera (10-5), who you might have seen fight twice in the octagon this year.

Kevin isn’t the only Natividad out of Ewa Beach to compete in professional MMA. Brother Christian just knocked out his first pro opponent in July and including amateur bouts, he’s now 6-0. Kevin also fought on that particular card, LFA 85, and earned a UFC contract with a second-round KO. He’s on a five-fight win streak heading into UFC Vegas 9. 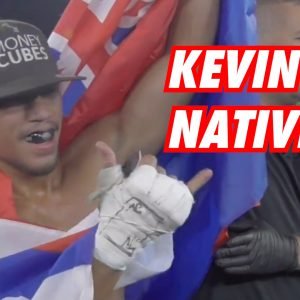 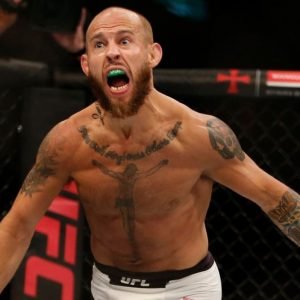