Magomed Ankalaev (13-1) is already 4-1 in the UFC with two highlight-reel KO’s, but not much is known about this lethal light heavyweight. He was born in 1992 in Makhachkala, the capital city of Dagestan. Dagestan sits next to Chechnya, which are both former independent nations, now Republics of Russia. This region between the Caspian and Black Sea has become notorious for how many stars emerge from these mountains.

Magomed Ankalaev continues the trend and interestingly enough, is one of the few in the upper weight classes. Standing tall at 6’3 with a 75” reach, Ankalaev brings a cool and calculated striking game. He attacks from range and is patient in picking his shots. He has tremendous power, as evidenced by eight KO/TKO’s in 13 wins. Magomed can strike well from both stances, but you’ll usually see him throw a power left and an array of kicks from southpaw.

Dagestan and the Caucasus are famous for grappling and Ankalaev doesn’t buck the trend. However, he doesn’t rely on his ground game for submissions or to take opponents to deep water. Magomed will mix in a takedown to keep you guessing on the feet. His ground and pound is truly lethal though and Ankalaev has put two men to sleep (Prado and da Silva) within seconds of getting it to the mat.

Magomed’s career started out the opposite of what his results show now. He suffered three straight amateur defeats to start his MMA life but then rebounded to go on an 18-fight streak including pro and amateur. Now in the UFC, Ankalaev’s gone 4-1 with two devastating finishes. The lone loss he suffered happened in tragic fashion. Against the submission specialist Paul Craig, Magomed dominated for three rounds and was unleashing ground and pound on Craig with seconds left. He then got caught in a triangle and tapped with one second to go.

As evidenced by his past, Ankalaev takes the adversity on the chin and rebounds like Bill Walton. Originally scheduled for UFC 252, Magomed will have to wait a few weeks longer to put a stamp on Ion Cutelaba. He faced him in February and controversially TKO’d Cutelaba after the referee mistook Cutelaba’s gamesmanship for actually being hurt. Cutelaba tested positive for COVID-19 and now the fight is scheduled for UFC Vegas 8 on August 29. That card is now stacked for a Fight Night, mark it on the calendar if you want to see some fireworks! 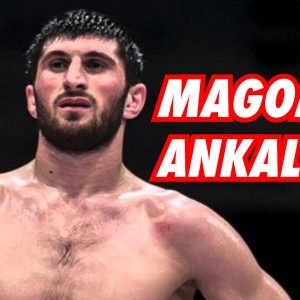 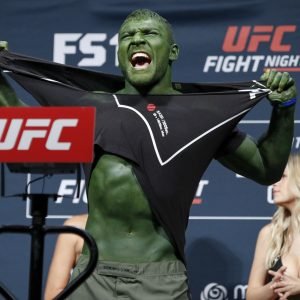