Dustin Stoltzfus (12-1) has never lost at middleweight and he returns stateside for the biggest fight of his life on week two of The Contender Series. Formerly a light heavyweight (205 lbs), Dustin dropped down to 185 and hasn’t lost since 2015. He rides a nine-fight win streak, coming in hot to the Vegas desert where he meets Pennsylvanian Joseph Pyfer (7-1).

Stoltzfus arguably holds the title for MMA’s most interesting man. The Lancaster, PA native played all sports growing up but hadn’t even settled on MMA before he accepted his first amateur fight. With no experience besides the wrestling and karate learned in school, Dustin took an L but went the distance with a presently 4-2 fighter.

As if Stoltzfus needs more intrigue, he’s the son of parents who grew up in the Amish lifestyle while also holding a Master’s of Translation under his belt from German University, Lampeter-Strasburg.

He’s lived in Germany since 2014 and has developed a varied skillset while travelling. He trains in everything you’ve ever heard, from Tang Soo Do to Capoeira and while mainly being a training partner of Peter Sobotta and Frankers Fight Team, Stoltzfus splits time all over Europe.

Dustin Stoltzfus is always trying to gain the edge and it’s paid off as he rides a nine-fight win streak into Vegas for the biggest bout of his life. He makes one half of the main event Tuesday, 8/11, on Dana White’s Contender Series. 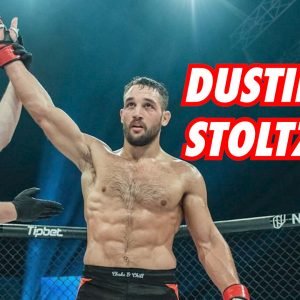 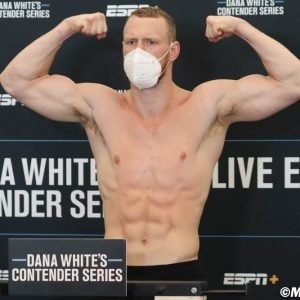