Justin “Guitar Hero” Jaynes (16-4) aims to double down on his incredible short-notice debut at UFC Vegas 6 this Saturday night. “Guitar Hero” comes out for the encore after demolishing Frank “The Crank” Camacho with some serious hooks in his promotional bow. He walked into the octagon for the first time a +230 underdog and left with a round one knockout and many new fans.

Jaynes has ventured far and wide over his seven-year pro career, bouncing from 145 to as high as 170 lbs. The Michiganian raised in Richmond has forged his name far from home, stepping into cages in Scotland and India along the way.

With a heap of MMA experience, Jaynes is comfortable anywhere the fight goes. He’s earned 13 of 16 wins by stoppage, eight KO/TKO’s to go along with four submissions, three of which coming in round one. With a 5’7″ stocky frame, “Guitar Hero” has some unstoppable takedowns and grappling. He uses his strength to drown opponents on the mat but also has the stopping power on the feet.

Justin Jaynes made his UFC debut at lightweight but drops back down to featherweight to face Gavin “Guv’nor” Tucker (11-1) at UFC Vegas 6. It all goes down Saturday, August 8 in Sin City at The Apex Center. 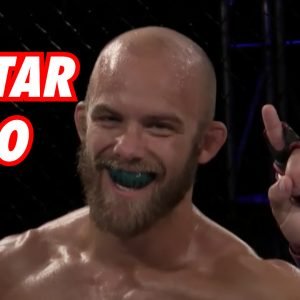 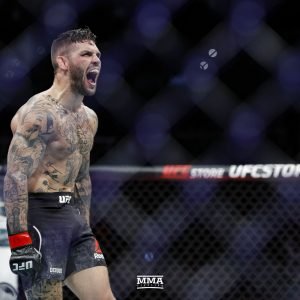