A UFC lightweight unification bout between champion Khabib Nurmagomedov and interim titleholder Justin Gaethje will go ahead at UFC 254 on October 24th according to promotion president Dana White.

Speaking to CNN Sport, White would offer the date for the proposed championship bout but did not offer a venue or location.

Nurmagomedov’s future as a competitor had been the subject of rumour following the recent passing of his late father, Abdulmanap. Dying following complications related to COVID-19 earlier in July, Abdulmanap’s closeness to his son had led to suggestions that the lightweight champion would walk away from MMA after his death but White said he would compete later this year.

“It’s been very rough on him,” White said. “His father was a hero to him, he loved his father, they had a very close relationship and it was very hard on him.”

Nurmagomedov (28-0) has remained undefeated throughout his professional MMA career and has rarely looked threatened at losing his perfect record. Joining the UFC in 2012, the Dagestani has gone 12-0 in that time with six of those wins coming inside the scheduled distance. Since claiming the vacant 155 lbs title against Al Iaquinta in 2018, ‘The Eagle’ has successfully defended his title against Conor McGregor and Dustin Poirier, defeating both via submission. 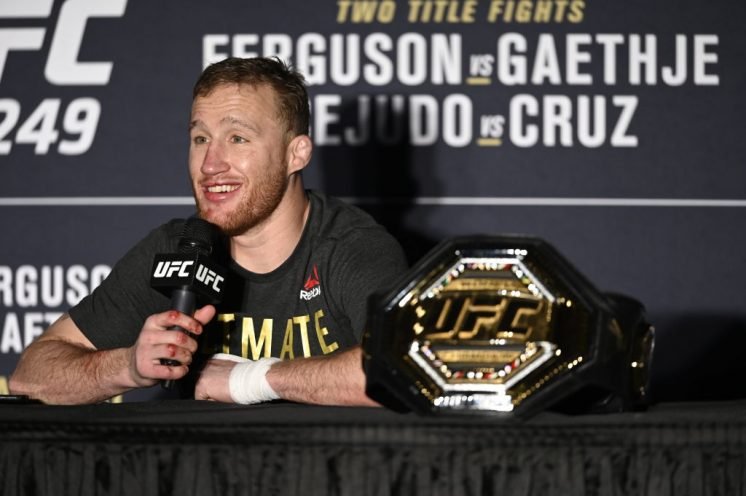 Gaethje (22-2) meanwhile is widely regarded as one of the most exciting fighters in the history of the sport. With 20 of his 22 wins coming inside the distance, Gaethje has bounced back from the first two defeats of his career to put together a four-fight winning streak, all of which coming via KO or TKO. ‘The Highlight’ claimed the interim lightweight title in May of this year after putting an end to Tony Ferguson’s 12-fight winning streak with a spectacular performance that was capped off with a fifth-round TKO.