Khamzat “Borz” Chimaev (6-0) has finished every opponent he’s faced and he fights on short notice this Wednesday night at UFC Fight Island. With his last two fights coming at the welterweight limit, Chimaev will move to 185 lbs this week but a similar short notice fight in 2018 also saw Chimaev move up in weight class. Taking on Sidney Miller (then 8-3), the Sweden based fighter stopped the American just 35 seconds into the bout.

‘Borz’ trains out of Stockholm, Sweden at AllStars Gym. Alongside coach Andreas Michael and UFC legend Alex Gustafsson, Chimaev has never lost a fight in the pro or amateur ranks. He finished three foes at amateur from 2017 to 18 and one month after his last bout, the professional circuit came calling. Since movin’ on up, Chimaev has collected four KO/TKO’s and two submission wins.

Khamzat’s seventh pro fight will be by far his biggest. Taking on “The White Mike Tyson” John Phillips (22-9) on short notice July 14th, the Swede is ready and willing to replace Dusko Todorovic and make a name for himself on a “Fight Night” at UFC Fight Island! 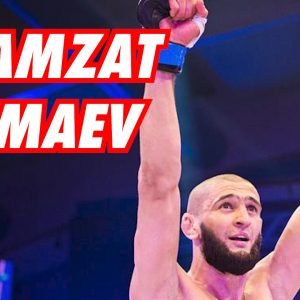 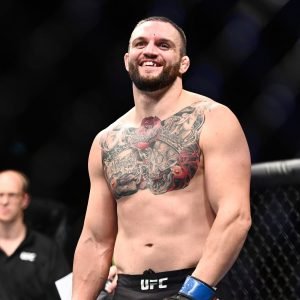