Coming off of a knockout of the year contender against Eddie Wineland last month, ‘Sugar’ Sean O’Malley has his next fight lined up already.

As first announced by O’Malley himself on his YouTube channel before confirmation from the promotion during the broadcast of UFC 251, the rising bantamweight star is set to take on Marlon ‘Chito’ Vera at UFC 252 on August 15th.

O’Malley (12-0) is undefeated in his professional MMA career and is currently ranked #14 in the UFC’s bantamweight division. The 25-year old has won all four of his UFC bouts after entering the promotion with a first-round KO on Dana White’s Tuesday Night Contender Series. Since returning from a USADA suspension, O’Malley has won back-to-back fights via stoppage with his most recent coming at UFC 250 against Wineland on June 6th. 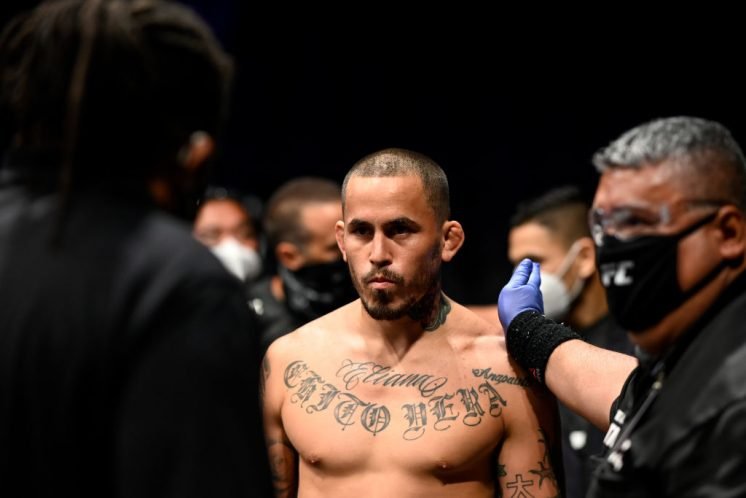 Vera (15-6-1) meanwhile saw a five-fight winning streak, all of which coming via stoppage, come to an end in his last outing after a closely contested bout with Song Yadong in May. Vera has seen 12 of his 15 professional victories end inside the scheduled distance.