Roman Bogatov (10-0) is the M1 Global Lightweight champion from Southern Russia. Born and still fighting out of Orenburg, he travels down to Abu Dhabi to make his anticipated debut on Fight Island.

Bogatov found his fighting style through BOETS FC in his hometown. Although a small outfit, he trains in elite competition with fellow UFC 155 lber Damir Ismagulov (19-1), an M1 titleholder before he debuted in the octagon. Ismagulov would hold the belt for two years and four wins then sprang out to a 3-0 record in the UFC. Bogatov would then recapture the vacant belt in 2018 for his team and brought it back to his family in Orenburg.

Roman Bogatov is a smart takedown artist who uses intuitive grappling and jiu-jitsu to find his finishes. Extremely seasoned on the mat, the Russian gets creative to control opponents and uses traps for his signature arm-triangle choke. If you manage to sniff out his favoured finish, he flows right into the rare Brabo choke whereby he’s tapped out two opponents.

Roman Bogatov has a tough test with Leonardo Santos (17-4-1) on his hands. The Brazilian hasn’t lost since 2009 and he’s 6-0-1 in the octagon. Both extremely talented on the ground, this intriguing matchup is part of a stacked preliminary card. Bogatov aims for eleven in a row Saturday, July 11th, at UFC 251. 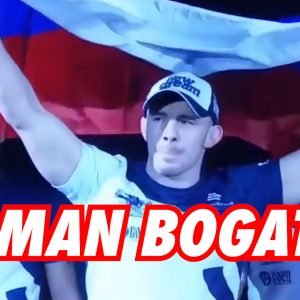 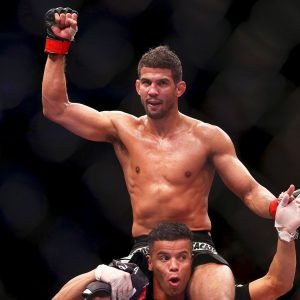