A potential UFC flyweight title eliminator has been verbally agreed for September.

As reported by MMAJunkie, the current #7 and #9 ranked flyweights, Roxanne Modafferi and Andrea Lee respectively, will square off at a UFC Fight Night event on September 12th.

Modafferi and Lee have fought once before in the past, a 2014 bout under the Invicta FC banner with Modafferi winning a split decision at Invicta FC 10. 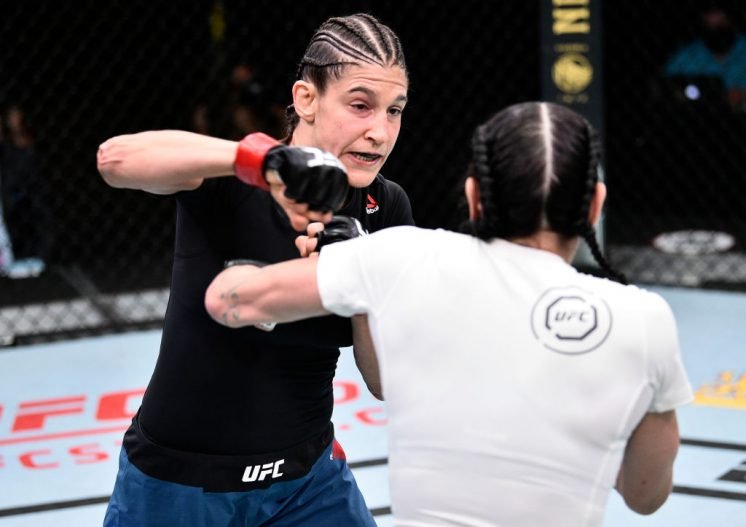 Modafferi (24-17) is a pioneer of the female MMA scene having made her professional debut in 2003. More recently, ‘The Happy Warrior’ has exchanged wins and losses since re-signing with the UFC in 2017. Losing her first bout against Nicco Montano in an inaugural flyweight title fight, Modafferi has since defeated Barb Honchak, Antonina Shevchenko and Maycee Barber in the octagon. Modafferi most recently competed in June where she suffered a unanimous decision loss to Lauren Murphy.

Lee (11-4) meanwhile will enter the September event on the back of two consecutive losses, the first back-to-back defeats of her career. Lee entered the UFC in 2018, winning her first three bouts via unanimous decision. ‘KBG’ Lee, much like Modafferi, will enter her next bout coming off of a loss to Lauren Murphy.