Kyle Daukaus (9-0), a middleweight born and raised in the City of Brotherly Love, is venturing to Sin City for a tough octagon debut against Brendan Allen (14-3) at UFC Vegas 4. The classic Philadelphia nickname definitely rings true for the Daukaus family, both brothers are professional fighters.

Chris, the elder by three years, showed Kyle the ropes in the ring. Both starting in jiu jitsu by way of Martinez BJJ in Northeast Philly, Kyle’s record shows how great his teaching has been. Kyle’s accumulated a remarkable five D’Arces to go along with three rear-naked chokes across a nine total fights.

Daukaus’ one decision win was a dominant one coming as a part of Dana White’s Contender Series. The brown-belt looked poised to finish the fight on multiple occasions but ultimately left the Apex centre without a contract.

After leaving the desert empty-handed, Kyle came back to Cage Fury – where he holds the 185 lbs belt – and picked up right where he left off, with back to back D’Arce chokes in the second frame.

Kyle Daukaus will take advantage of an uncertain MMA landscape and is taking a short notice bout Saturday, June 27. He replaces Ian Heinisch on just weeks’ notice to face a tough challenge in Brendan Allen. 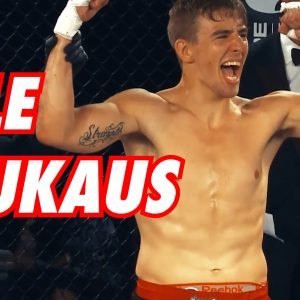 Brendan "All In" Allen 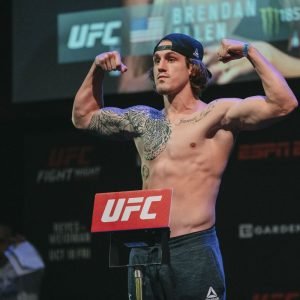